Our most recent whole school learning context has been a resounding success, with links made with new schools and Early Years centres across Scotland.

As with all our whole school learning contexts, the idea for this one came directly from our learners.  With the news being filled with images of pollution, endangered animals and more recently, Greta Thunberg, our learners were asking questions daily about what was going on in their world.  Climate Action & Human Rights seemed a natural source of learning in order to satisfy curious minds and help further develop responsible citizens of the future.

Forgandenny is already very much a community school and our learners are very involved in looking after the world around them so why not look further afield.  This is where the idea came about to create a national day of Climate Action for schools.  A Facebook post and Twitter campaign was all it took to register interest from over 20 different schools, nurseries and national organisations across Scotland.  This was all done through the hashtag #weevoicesbigactions

No matter how big or how small, learners across Scotland took part in a variety of learner-led activities to raise awareness of Climate Change and the consequences for the future.

At Forgandenny, despite the very wet and windy weather, we took part in a climate action march and were joined by families and our local ministers.  We also planted a hedgerow to create a new wildlife habitat, promoted personal pledges to the world, made a bug hotel and hedgehog house and took part in a virtually linked litter pick.

Messages from our families has really shown how the impact of this learning context has gone beyond the school grounds and made changes at home.  Thank you to the parent council who have supported us in this. 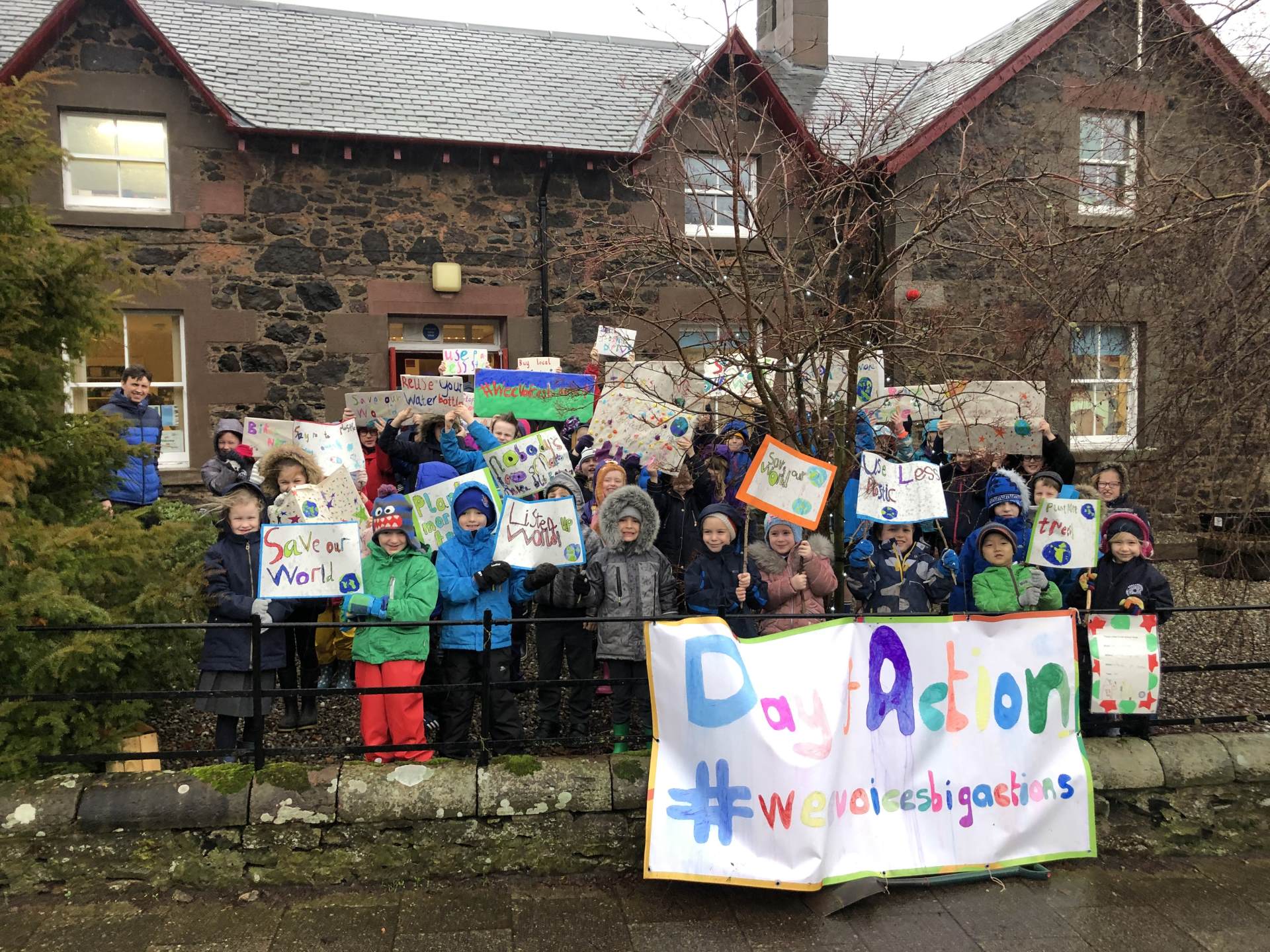